Two internationals held their iPhones and pressed the button to take a selfie with cute stickers on. Then on the screen was an interesting photo of two young faces. Although they did not know each other before Tuesday morning, they looked intimate, as if they are sisters.

On July 28, eight African students who are undergraduates at the International School of Zhejiang University of Technology and a group of Hangzhou teenagers had a chance to communicate with each other and explore the real local community life at the Liangmu Community, Yuhang District, Hangzhou. The theme of this get-together is called "A Heart-to-Heart Dialogue". This event aims at uniting international students and local residents to promote mutual understanding and cross-cultural communication through various kinds of participation-oriented activities. As part of this event, on Wednesday night, there will be an art performance in which all of the foreign students, teenagers, and local residents will show their talents.

Chinese teenagers and African students had a cheerful warm-up at the meeting hall before the event kicked off. At the beginning of the session, those teenagers broke the ice with a brief self-introduction. Both the international students and the local teenagers pumped up each other and listened carefully during their peers' presentations.

"When we got to interact with the several children, they knew how to speak English which was amazing, they managed to answer several questions I asked," said Saziya Paidamoyo, a Zimbabwean student whose Chinese name is Liu Xiaoyu. 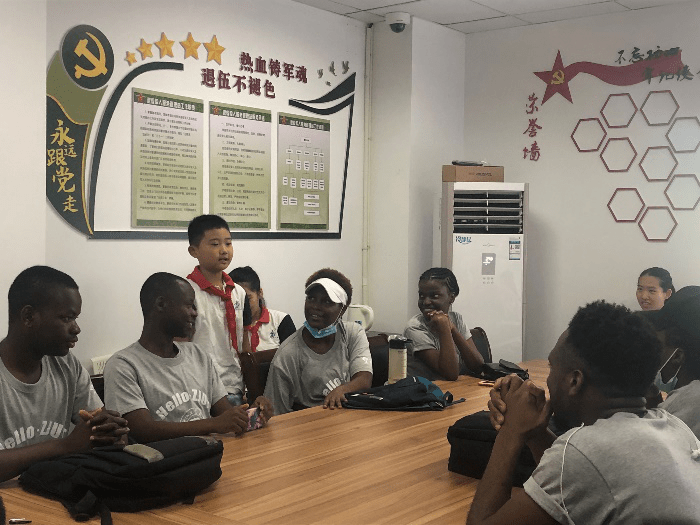 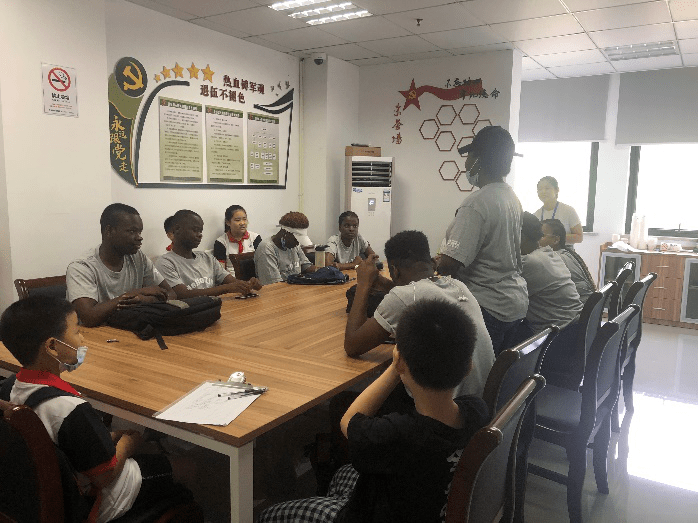 (A foreign student was introducing herself)

When the introductions were completed, teenagers and international students were divided into three groups, each of which was given some tasks to complete, including garbage sorting, anti-drug and law dissemination, and population census. Young volunteers with red waist-coats led their foreign mates with gray T-shirts.

In order to advocate garbage classification, the first group went to the stall in the basketball court where residents of the community usually go to chat or do sports. Seeing the students sitting near the stall, some dwellers curiously came and picked up the handbooks on the desk. As soon as they came, volunteers stood up and introduced why garbage should be sorted and how to sort them. 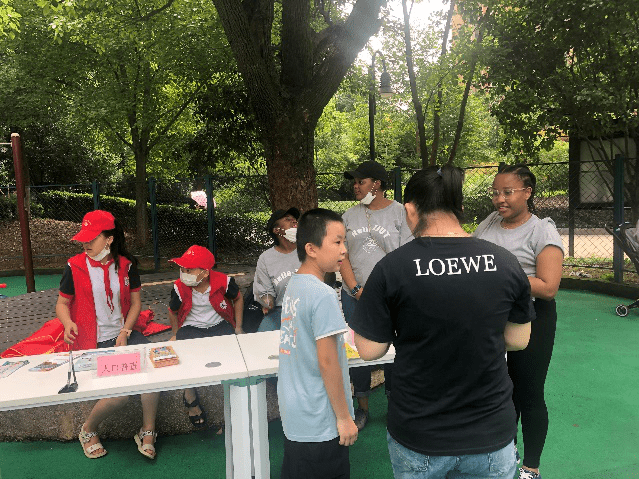 "We managed to give out some fliers to the individuals who passed and more children kept coming so we interacted with them," said Saziya. When asked how she felt about the event, she gave two adjectives to describe it—energetic and enthusiastic, because the children really made her want to be young as they were full of energy, and they showed a lot of excitement in what they were doing.

The missions of disseminating anti-drug and population census were respectively entrusted to the second and, the third group. They went to different departments and distributed brochures from house to house. Some of the homes were empty, so they needed to visit more departments and knock more doors. 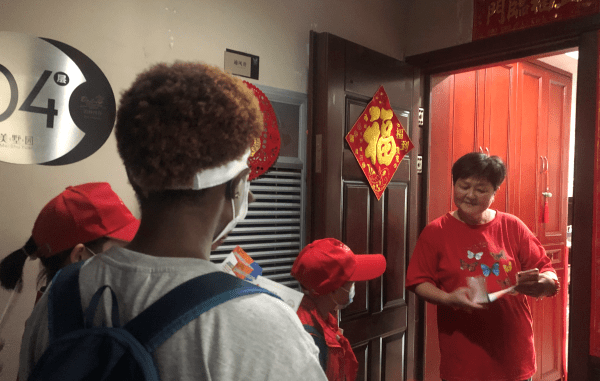 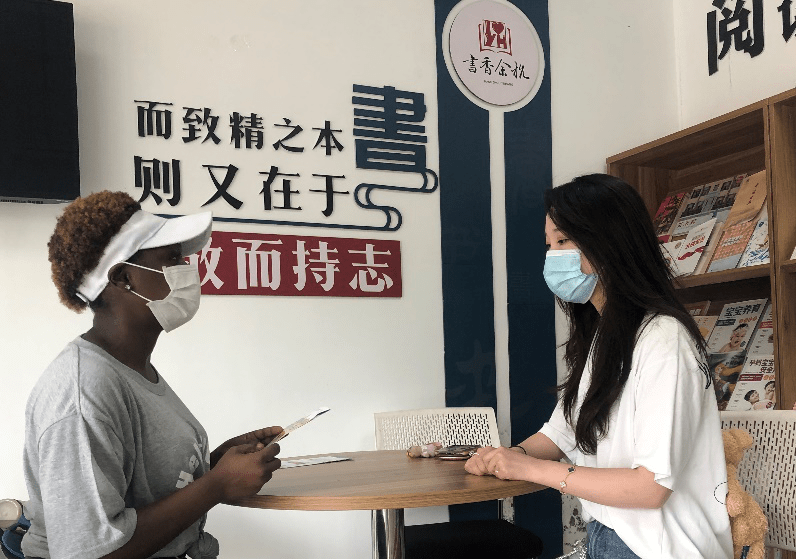 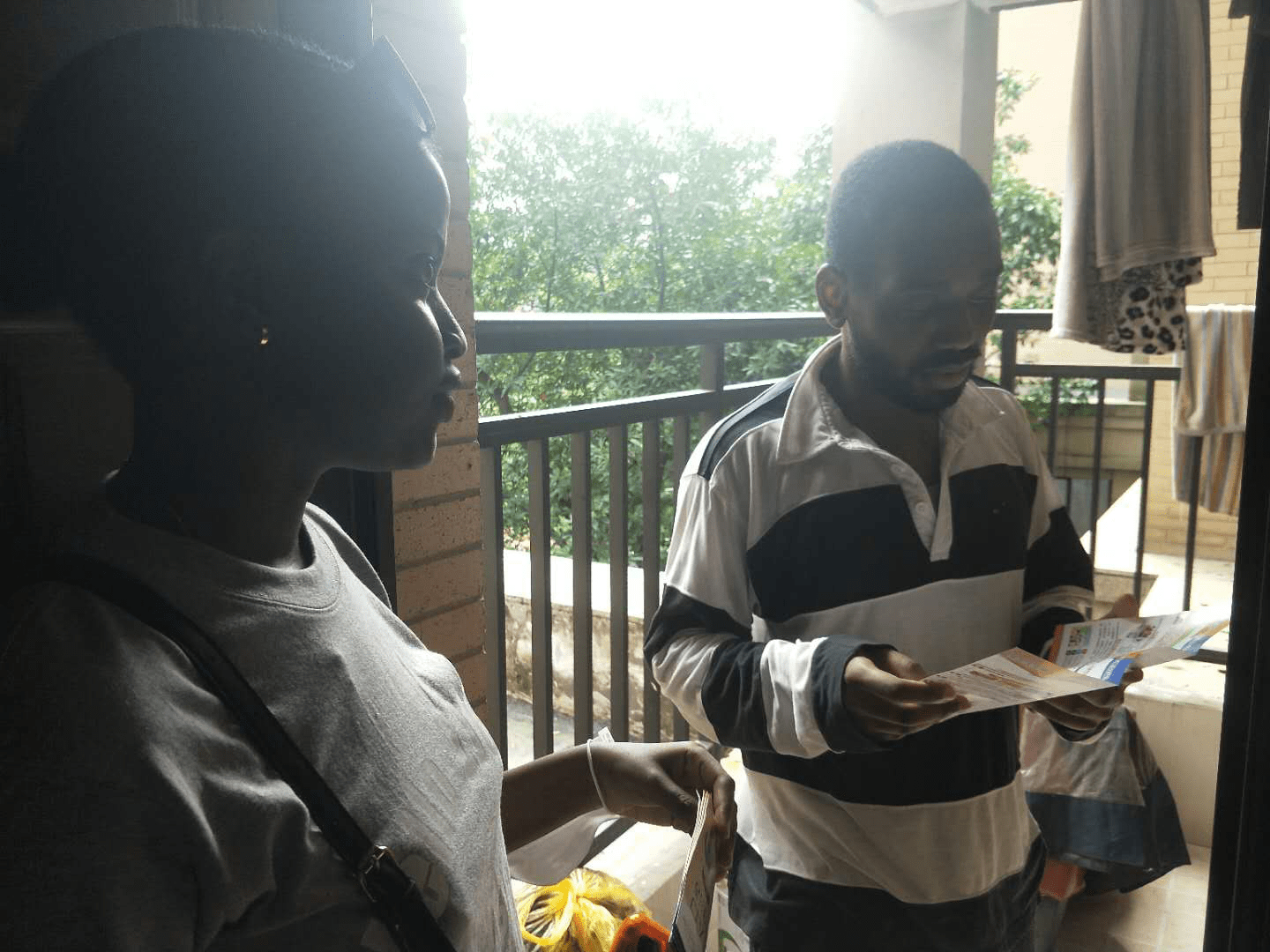 "I felt like I was experiencing the daily life of Chinese people because I got to see how elders were taking care of the little ones. If I could be given a second chance to spend time with the local residents, I would love to go," said Lago Neah Maganga, a Tanzanian student whose Chinese name is Rose.

What followed were the presentations made by foreign students which concentrated on introducing the unique features of their homelands. Volunteer students who are in middle school and teachers helped in translation. A total of five African countries were presented, some of which were previously unknown to the teenagers, so they listened carefully and felt like their knowledge sets have been expanded.

(International Students were making presentations to the audience)

Since Hangzhou is getting international, an increasing number of foreign nationals come to Hangzhou to study, work, or starting businesses. The integration of foreign people and the local community has been put on the agenda.

In order to transform Hangzhou into the second home for foreign nationals, Hangzhou has spared no efforts in taking care of them to adapt to the local community life.

Zhejiang University of Technology and Liangmu Community have set such a good example by regularly launching activities to promote mutual understanding between foreign nationals and local people.