Focus | Anji: The birthplace for the "Two Mountains" Theory shines the world again with its forward-looking strategy of rural "night economy"

At 7 p.m., in the Mantangli Natural Village, Anji County, Zhejiang Province, thousands of lights lit up. Ancient stages, antique roads, and gardens consist of a stereo light show. At the same time, 20 kilometers away, at the Jingxi Village, beer and barbecue have been placed on night food stalls. The lively atmosphere gradually fills every street and lane. Small villages that used to be quiet and dark at night have become “sleepless” with a lot of visitors. Different business modes of running villages at night are appearing.

In Anji, the birthplace for the “Two Mountains” Theory, a batch of “starlight villages” is emerging.

In recent years, the boundary between the city and the countryside is no longer clear. The traditional impression of a dark, silent village night is broken. In Anji, the unique business model has gained popularity and created the rural "night economy". 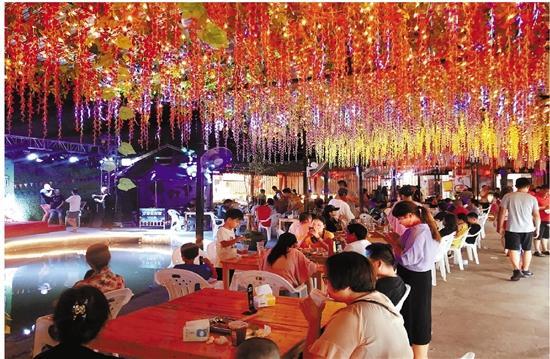 The forms of night tourism can be basically attributed to four categories -- "playing", "appreciating", "eating" and "lodging", which heavily rely on the advantages of the countryside, such as a good ecological environment, natural resources, and traditional culture.

Some rural tourisms in Zhejiang have early found a development path for the beauty economy. However, people in the tourism industry have noticed that with the continuous development of rural tourism, it is difficult to meet the needs of tourists with the mode of "viewing the scenery by day and leaving at night".

Mantangli Village also had a similar pain point. Relying on the positional advantage brought by the Lingfeng National Tourist Resort, Mantangli Village has a certain resource of tourists but lacked characteristics in tourism products.

Zhu Shaojie, the founder of the project, decided to settle the project in Mantangli after deep consideration. As a lighting choreographer, Zhu once participated in the live-action performance of "The Charm of West Hunan" in Zhangjiajie, witnessing the vitality of the combination of lighting stage and local culture. In his opinion, Mantangli has the foundation and potential to develop the art of lighting. 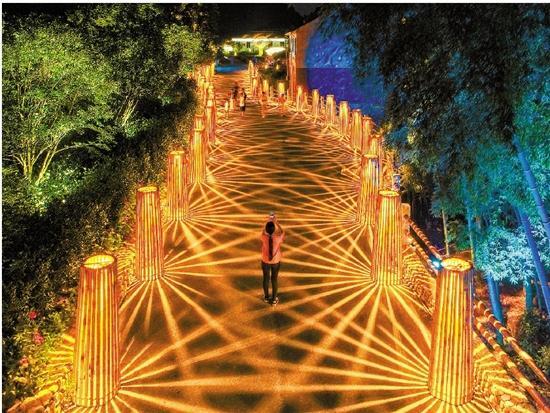 At the beginning of the construction of the light show project in Mantangli, the villagers doubted whether the project would be suitable for the development of the village and whether it would disturb the original peaceful environment and the residents with sound and light.

Ding Qijun, the party secretary of Jianshan Village, knew that it was necessary to win consensus among villagers. Villagers can get 3% of the ticket turnover. Last year, the whole village received a bonus of 400,000 yuan.

To make the night tour project stay harmonious with the village, the committee and the sponsor have reached an agreement on some details, such as turning off the lights and sound at 9:30 every night.

The music festival targeted the out-of-town tourists as the consumer group and cooperated with nearby hotels and guesthouses in marketing. "Music festival in the countryside" successfully aroused people's curiosity, and out-of-town visitors became the main consumers. To the organizer's surprise, many of the visitors are local residents, and 60% of them were returned, visitors.

Different from the projects made by professional teams, the idea of "Mountain People Culture Street", which started from villagers, faced the confusion of operation and management. It was the biggest difficulty for the sustainable development of the rural night economy.

The beginning of the Culture Street was not really satisfactory. When it was first opened on May Day Holiday last year, the night market was a hit. Villagers filled more than 30 stalls with characteristic snacks, and tourists praised the food while eating from the start to the end of the street. 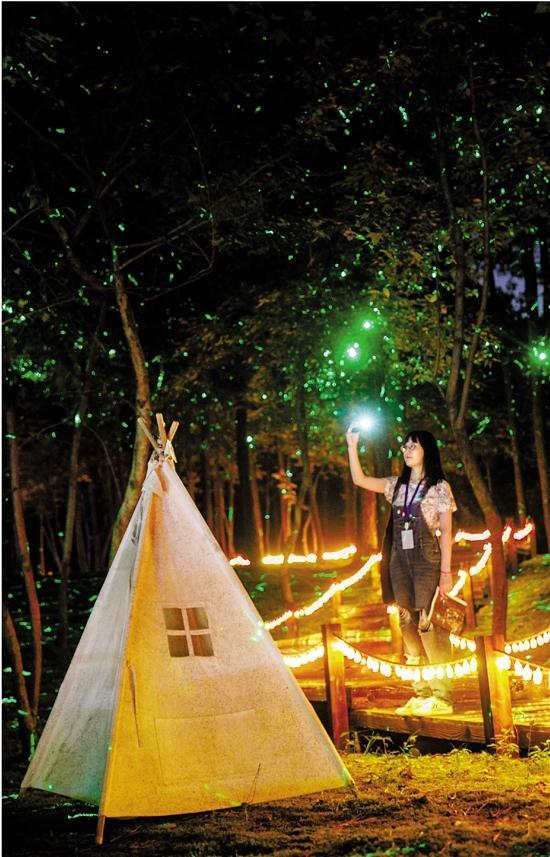 But after the holiday, the problems brought by the poor management and marketing of villagers began to appear. In less than a month, the Mountain People Culture Street was forced to close. Later, the street re-opened with the help of professional teams. Unified operation replaced villagers’ management. Barbecue and milk tea replaced characteristic snacks.

Although the popularity of Culture Street is slowly rising, it is still far from the original vision.

Xu believes that it is still difficult for a single night economy project to independently attract tourists. The most important thing to develop night economy is relying on the original rural tourism resources. Some basic conditions are necessary, such as the traffic advantage of the suburb, beautiful ecological environment, and nearby people with consumption power. Dai Xun said, "The special night tour is the starting point for the creation of our local culture brand. Our goal is not just to build a night place for people to listen to music, but to construct an outlet of music culture."

At this stage, night tours in the countryside still need further development. More "starlight villages" may emerge in the future under the guidance of new consumption concepts.

12166960
Focus | Anji: The birthplace for the "Two Mountains" Theory shines the world again with its forward-looking strategy of rural "night economy"
19560
NEWS
新闻