Featured | Short gather between a front-line firefighter and his family

Although the good times with family was less than two hours, Wu Changqing still felt really happy. He was the rescue and relief soldier from Jiaxing City, Zhejiang Province, who has been dispatched to Tongling City, Anhui Province to fight against the flood. He said he will remember the moment forever and make more efforts in fighting against the flood for the happiness of more people. At 11:10 am on July 21, at Youbang Port, Anhui Province, Wu Changqing was surprised to find that his wife and 7-year-old son standing in front of him. 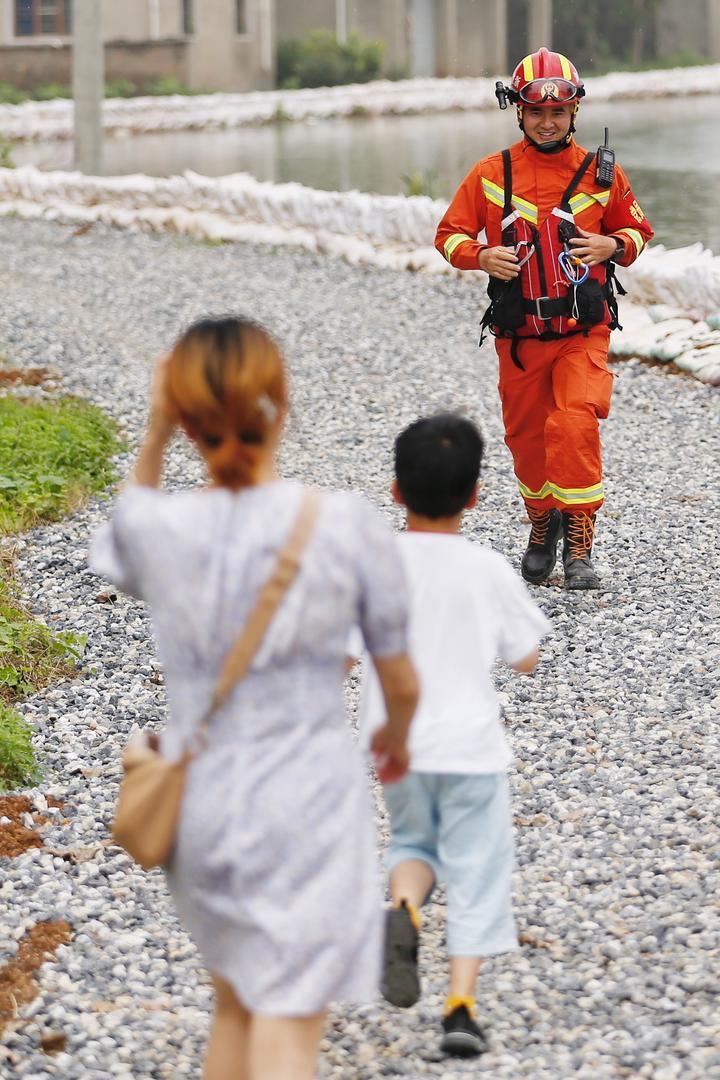 Wu Changqing, a native of Wuhu City, Anhui Province, has been working in the Jiaxing Fire and Rescue Detachment for 14 years, whereas his wife and son live in their hometown in Wuhu. The family has been living apart for years.

On the evening of July 19, he was the first to sign up after learning that the Jiaxing Fire and Rescue Department was going to rescue Anhui against the flood.

Wu Changqing said that although it was impossible to go home while in Anhui, helping his hometown in fighting against the flood was really meaningful.

Once, he said casually while talking to his teammates as the motorcade passed the Wuhu highway exit early in the Tuesday morning, "My home is near the highway and it only takes four or five minutes to drive there."

His wife Zhang Yunfang, who stayed in their hometown felt lost when she learned that Wu had been in Anhu.

"We haven't seen each other for more than half a year. The child misses his father very much,"

Zhang said. Wu told her that he would go to Tongling before leaving Jiaxing, so the idea of quietly visiting her husband emerged in her mind. Early on the morning of July 22, she asked her brother to drive to the Jiaxing Fire Station, where she learned that her husband has been to the Youbang port to perform tasks. She then rushed to the port where she finally saw her husband who was patrolling the levee at that time. Back at the station, they had a simple lunch. At 12:15, Zhang Yunfang got on the car and prepared to go home. Glancing at her busy husband, she was filled with emotion. "He shoulders important responsibility, and I am proud of him,” she added. “He stands by the flood, and I stand by our home." 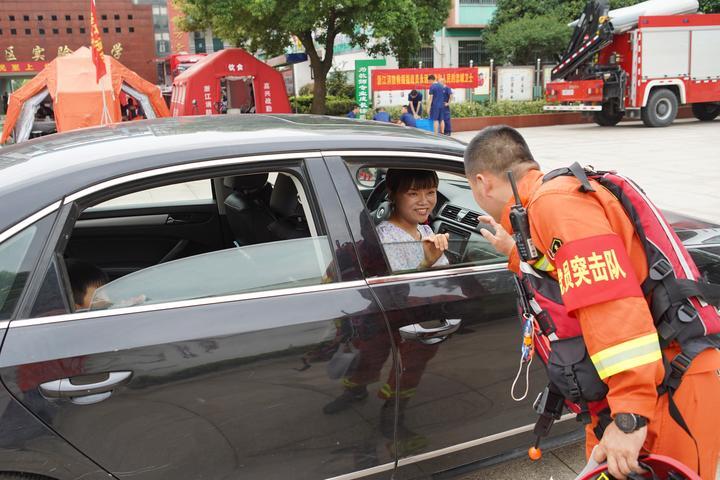