1. A large number of Germans flocked to Denmark for holidays

According to Der Spiegel, from June 15th, tourists from Germany, Norway, and Iceland are allowed to enter Denmark freely as long as they book six nights of accommodation. On the morning of the 15th, a long line of vehicles filled with German tourists lined up on the A7 highway from Schleswig-Holstein, Germany, into Denmark. On Twitter, police in Sønderjylland, Denmark, marveled at the traffic jams of about 1 km caused by waiting in line near kupfermühle, a German border town. According to the statistics of the Danish Broadcast Corporation (DR), about 14,000 Germans have booked a Danish Resort Hotel on Monday, of which 5,300 choose to spend their holiday in Snderjyllands Amt.

2. Only 3% of Austrian people are worried about COVID-19

La Presse reports that: according to the results of several recent polls, only 3% of the Austrian people are worried about the virus, 13% are worried about personal financial problems due to the impact of the epidemic, and nearly 50% think the epidemic will have a long-term negative impact on the economy. More than 70% of the people accepted the government's prevention and control measures such as keeping distance and wearing masks. Experts believe that the social value system of Austria has been fundamentally changed due to the epidemic. More than 70% of people consider employment and health as the most important two issues during the epidemic. About 50% and 40% of people agree that localization and digitalization are inevitable trends in the future. More than 30% of the people also pay close attention to border protection, energy supply, tax reform, education and pension reform, and environmental protection.

3. Nearly half of employees in Germany have received their vacation allowance

Frankfurter Allgemeine Zeitung indicates that according to a study presented today by the WSI-Institute to the Hans-Böckler Foundation, about 44% of the more than 53,000 employees interviewed in private enterprises and 71% of employees that have signed labor agreements have received their vocation allowance this year. Thorsten Schulten, department head of WSI-Institute, pointed out that due to the impact of the epidemic, a large number of enterprise employees work for a short time and their monthly income drops sharply, so this year's vacation allowance is more important for many people than in previous years. In the east of Germany, only 32% of enterprise employees have access to the subsidy, and employee welfare is far lower than that in the West.

4. 2/3 employees are infected: meat products are still sold in an urgent manner!

Tönnies, a large meat processing factory located in Gütersloh, Germany, recently suffered from a concentrated infection. According to NTV, about 730 of the 1,160 employees who have been tested positive for the novel coronavirus. Local authorities in Gütersloh have asked the federal government for support, calling for the emergency deployment of the Bundeswehr to help. In the next few days, more than 6,000 people in the plant will receive the testing to check their health status. 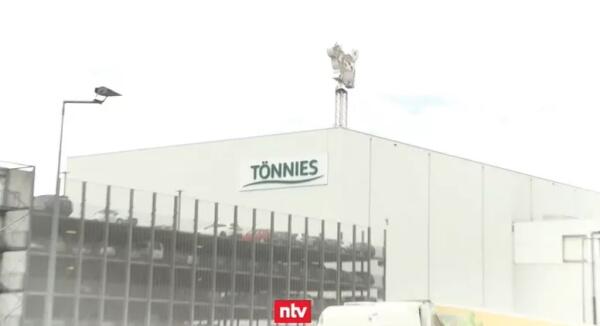 German media Der Spiegel reports that the mobile device application launched by the German government to track the COVID-19 is widely supported by the public. The application has been downloaded by 9.6 million people, the Robert Koch Institute (RKI) said on its Twitter on the morning of the 19th. Dorothee Bär, Secretary of state for digital affairs of the federal government, called on people to continue downloading and using the software. German Green Party criticized that the epidemic tracking app only applies to new smartphones. Apple and Google should lower the application threshold of the program so that old smartphone can also be installed with this application

6. Putin appeared for the first time without wearing a mask at the ceremony since his last appearance 2 months ago

Russian President Putin attended the flag-raising ceremony and presented the Hero of the Russian Federation Medals on the 12th, Russia Day. This was his first public appearance since he announced the closure of the city due to the COVID-19 epidemic at the end of March. According to the Sputnik News Agency, the event was held in the park. Putin delivered a speech at the award ceremony, personally helping to wear medals for the awardees, shaking hands, and hugging them. Throughout the ceremony, the vast majority of people, including Putin, did not wear masks.

7. Germany, France, Italy, and the Netherlands are to purchase 300 million COVID-19 vaccines in advance, which are to be developed by the end of this year.

The German Federal Ministry of Health said on June 13th that Germany has signed contracts with France, Italy, and the Netherlands to purchase at least 300 million COVID-19 vaccines in advance with pharmaceutical company AstraZeneca. The German Federal Ministry of Health predicts that in the best case, the COVID-19 vaccine may be developed by the end of this year. Although Germany, France, Italy, and the Netherlands have signed the agreement, all EU member states can obtain vaccines through this agreement, which is expected to be distributed according to the population size. AstraZeneca, headquartered in London, UK, is a global biopharmaceutical company.

8. Putin's residence was equipped with a sterile airlock to prevent others from spreading the COVID-19.

According to Agence France-Presse’s report on June 17, in order to prevent Russian President Putin from getting infected, Russian authorities have installed a sterile airlock in Putin's residence. The airlock will spray disinfectant to those who are allowed to enter Putin's residence.

9. Prince Charles lost his sense of taste and smell after contracting COVID-19.

French media reported on June 18 that Britain's Crown Prince Charles, who had been infected with the COVID-19, has yet to regain his sense of taste and smell. It is reported that Charles disclosed this information when he met with the medical staff at Gloucester Royal Hospital. A medical staff who participated in the meeting then informed the media of the news. The 71-year-old Charles was exposed to contract the COVID-19 on March 25 and was quarantined five days later. In an interview in early June, Charles said he was slightly ill and lucky, but he also knew what other patients had endured.

10.A good example of epidemic prevention. Macron and Johnson greeted each other from a distance.

On the 18th, French President Macron visited Britain and met with British Prime Minister Johnson at 10 Downing Street. Affected by the epidemic situation, the president and the prime minister could only make a bow with hands folded in front from a distance. During the photoshoot, they stood on both sides of the red carpet to keep a social distance. Johnson also gives Macron a thumbs up. Macron's visit is to commemorate the 80th anniversary of General de Gaulle's call on the French people to resist the Nazis through BBC. The president and the prime minister also discussed the COVID-19 epidemic and the negotiations between Britain and the EU. 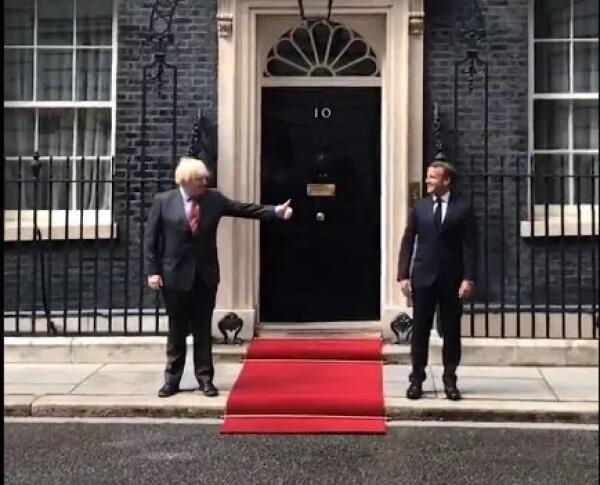 11. The king and queen help tourism

20 Minutes reported that on June 18th, King Felipe VI and Queen Letizia hosted the "Spain for sure" activity in Prado Museum, aiming at revitalizing Spanish tourism and showing that Spain is safe and reliable as a tourist destination.

The activity was organized by the Spanish Foreign Affairs Office. The national alert ended on June 21st, which is also the day when Spain will reopen its border with European countries in the Schengen area. This activity hosted by the king and queen is mainly to help the tourism industry and give confidence to foreign tourists. 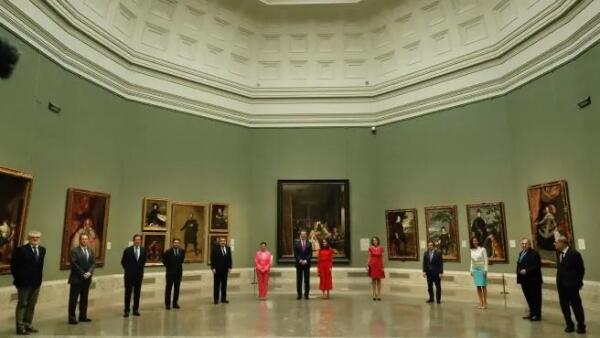